The Middleware handles the communication between the BitBoxApp and the BitBoxBase. 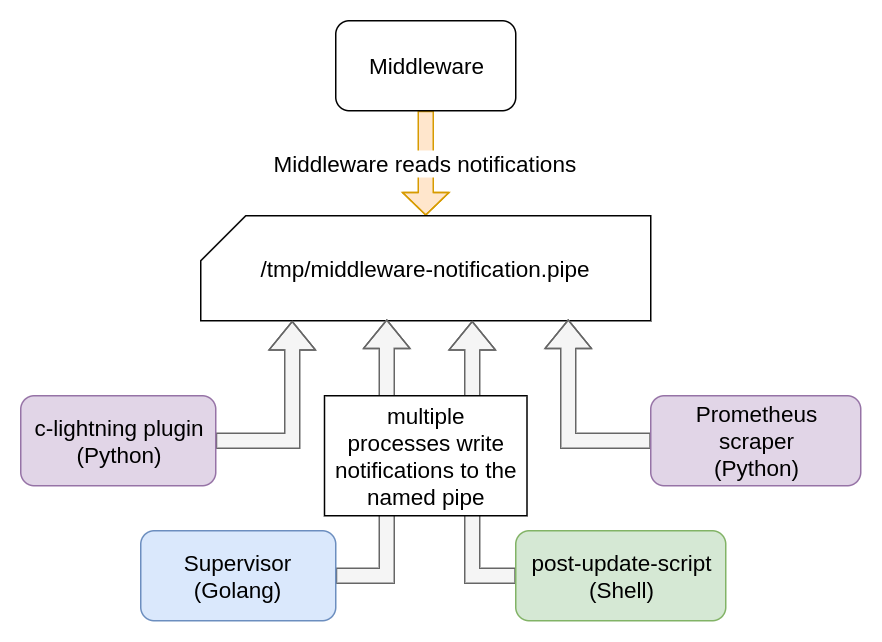 The JSON based protocol for the notifications is versioned, includes a notification topic and a can contain a payload. The payload can contain any valid JSON structure. Since a write operation to a unix pipe only being atomic (i.e. two writes do not interleave) as long as the amount written is smaller than the PIPE_BUF, which is 4096 bytes for Linux, the Middleware drops all notifications bigger than 4095 bytes.