After building the custom Armbian image, it is post-processed using mender-convert. We collaborated with Mender to extend their solution to support the RockPro64 board, with all extension being released as open-source for other projects to use. 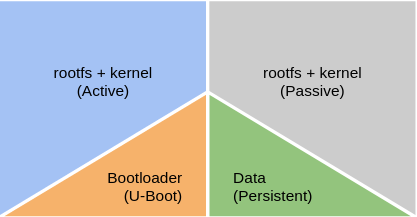 The disk image has the Mender client built in. It is executed on demand by the Middleware to update the device.

If the device is unable to boot, or if application-level checks fail after the update, the system automatically falls back to booting to the previous “root filesystem A”, which was working before the update. This process makes it very unlikely that a device will end up in a state that can’t be fixed using further OTA update.

The update process involves the BitBoxApp communicating with the Base Middlware over RPCs.